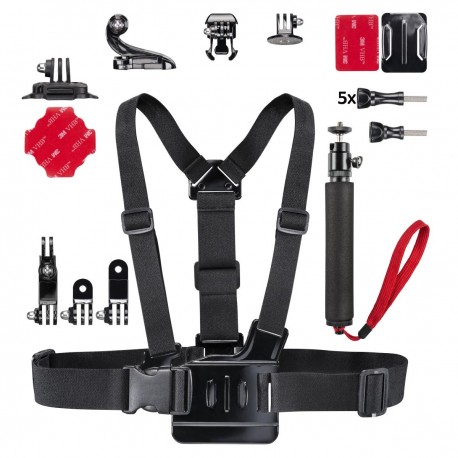 
The GoPro set Street from mantona consists of all fastening elements required for filming by skateboarders, inline skaters or longboarders The hand pod including a ј inch adapter enables directed filming - either for filming oneself or others at a certain distance. Tricks and rides of others can be filmed from a safe distance and the perspective can be simply changed. The chest strap is designed in such a way, that is stabilizes maximally and provides secure hold and excellent freedom of movement. The helmet fastening set as well as the 360 degree fastening plate allow you to mount the camera on round or flat surfaces, such as helmet or board, and to change the orientation for exciting recordings, as desired.

Hand tripod
No matter what type of sports – the mantona hand tripod is the ideal solution to film oneself in such activities. Moreover, it offers higher stability and obviously also enables a further distance to the motif, if you are filming from the Ego-perspective. The convenient hand strap protects against loss during use.

360° fastening plate
The optimal perspective can be achieved with the rotatable fastening plate. It is slewable by 360°, which enables you to film from any angle. The plate is attached to a 3M adhesive plate.

Helmet mounting set
This set contains everything you need to fasten your GoPro to the helmet. The adapters included in the scope of delivery, which can be simply combined to an angle piece are particularly convenient for flexible adjustment of the shooting angle.

Chest belt steady
With this chest belt you are well equipped for any type of high-mobility sports, like e.g. skiing. It is infinitely adjustable and therefore can be individually adapted to the body. The scope of delivery also includes the receiving plate, so that you only need to slide the GoPro into the indexing rail. 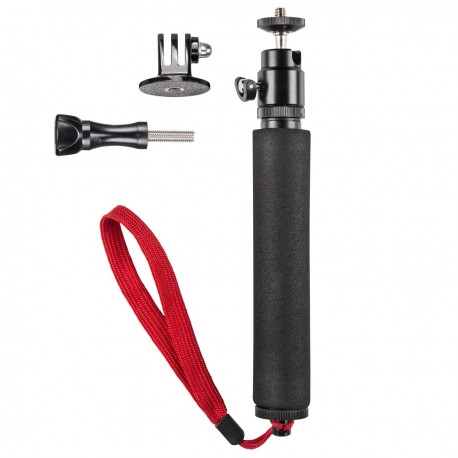 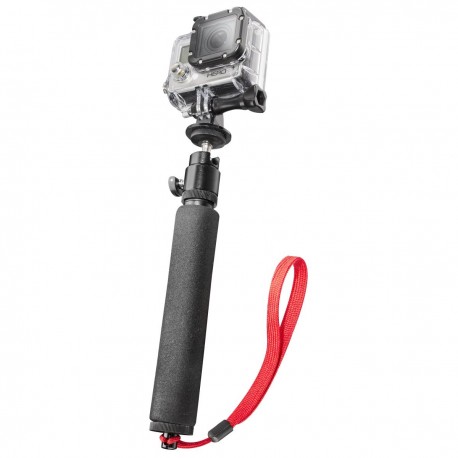 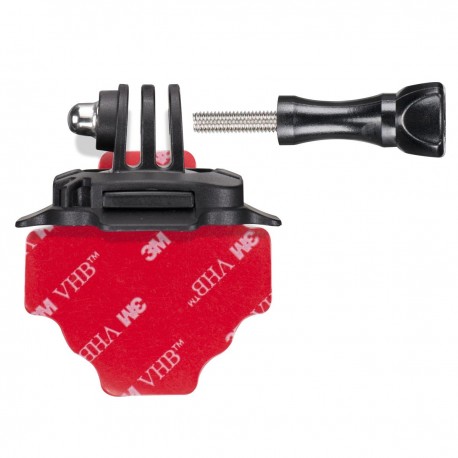 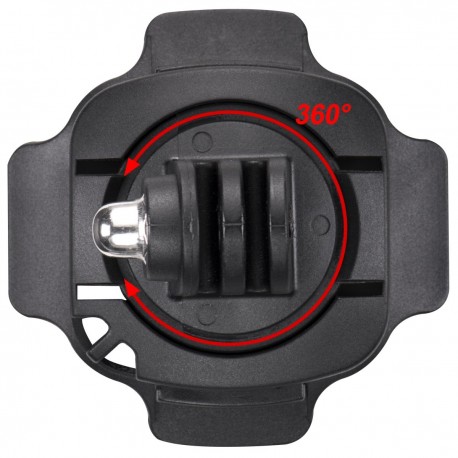 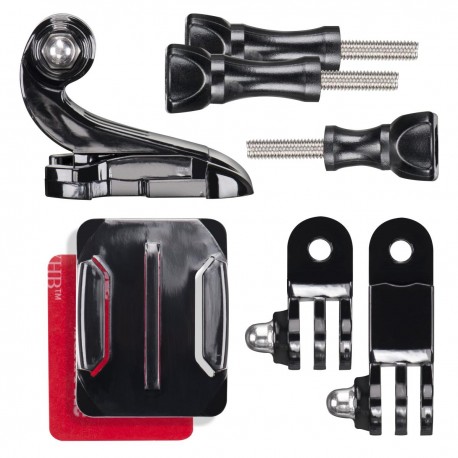 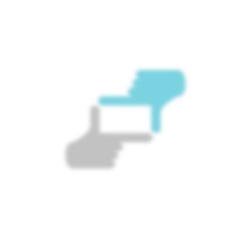 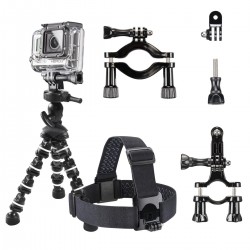 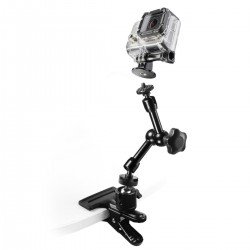