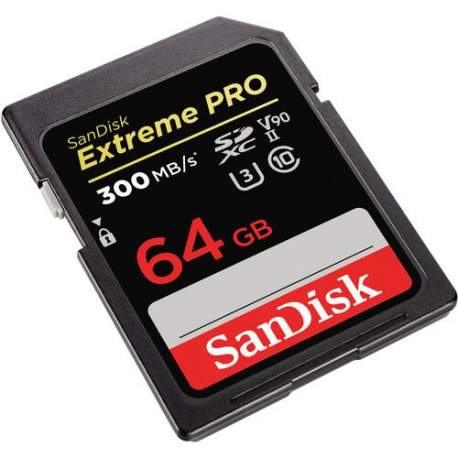 Achieve maximum performance for a faster workflow and burst shooting with the 64GB Extreme PRO UHS-II SDXC Memory Card from SanDisk, which lets users capture flawless cinema-quality 8K, 4K, and Full HD video, as well as raw photos and continuous shutter bursts. This card features a storage capacity of 64GB and takes advantage of the UHS-II bus to support read speeds of up to 300 MB/s and write speeds of up to 260 MB/s. Thanks to the V90 Video Speed Class rating, write speeds are guaranteed not to drop below 90 MB/s.

Built for extreme conditions, SanDisk's 64GB Extreme PRO UHS-II SDXC Memory Card is protected against shock, temperatures, x-rays, and water. Also featured is a built-in write-protect switch that helps to safeguard your content from being erased.

The Extreme PRO is protected by a limited lifetime warranty. Also available is a free download of RescuePRO Deluxe software, which is valid for two years. 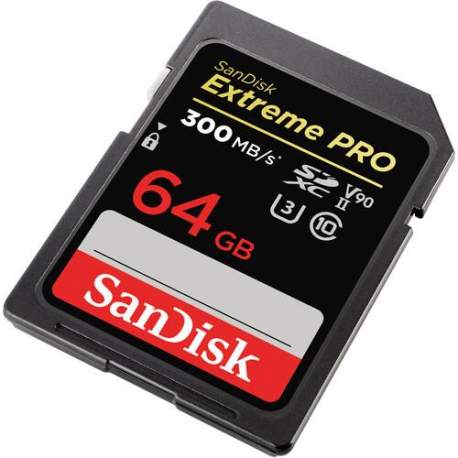 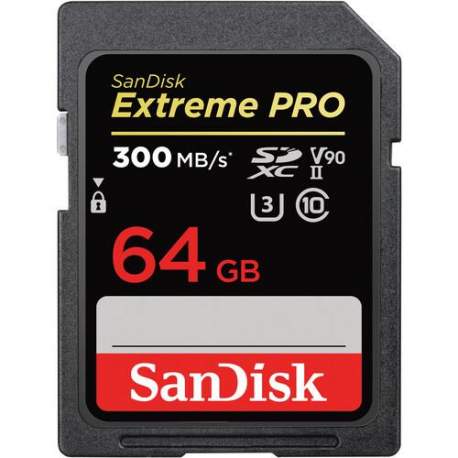 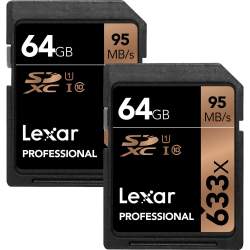 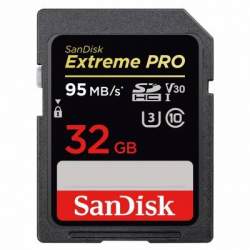 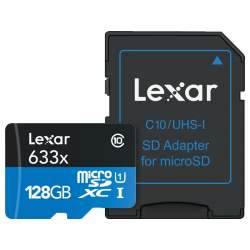 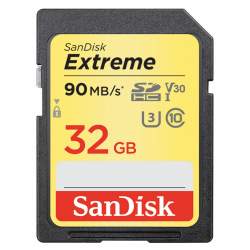 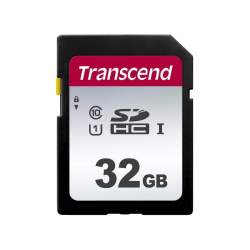 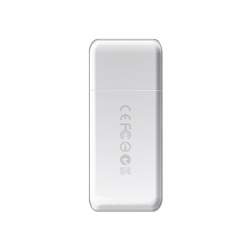 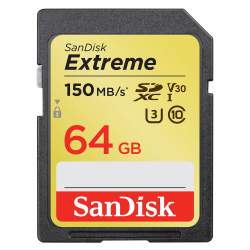