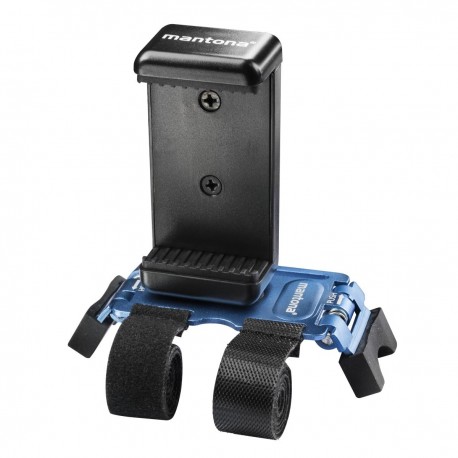 
Filming or photographing with the smartphone
The tripod holder for smartphones comes with two ј inch threads, for problem free mounting on tripods, ball heads or other holders. The sturdy clamp with rubber coating is able to hold smartphones with a width of up to 8.5cm and provides adequate safety when mounting on a hand pod to take a selfie - on camera tripods, monopods, ball heads or other fastenings. In connection with a steadycam the adapter also provides the base base for shooting jerk-free videos with the smartphone and serves the purpose of stabilising the device when filming. The threads enable you to use the adapter for portrait and landscape formats.

Universal fastening
The mantona bicycle fastening can be simply and quickly attached to handlebars, tubes and other round objects. With the long Velcro strips, which are attached in an X-shape pattern, the plate is also suitable for bigger tube diameters. The sturdy aluminium fastening is additionally equipped with small rubber coated legs, which raise the plate and additionally protect it against vibration. Video recordings are thus ideally stabilized and with the ј inch thread various devices - no matter whether smartphone, Action-Camera, camcorder or system camera - can be attached. Due to the Velcro strips this fastening device can also be mounted on other objects. The small tripod legs can additionally be extended and provide a stable stand, if the fastening device is used as a table tripod. 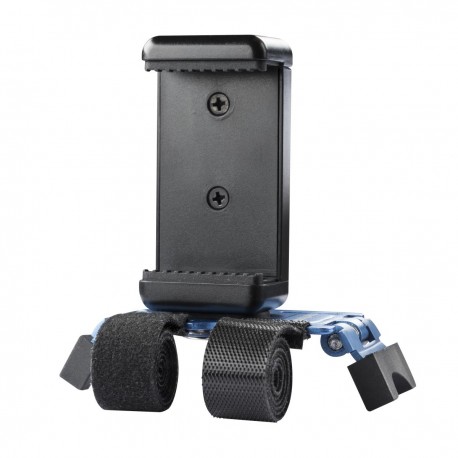 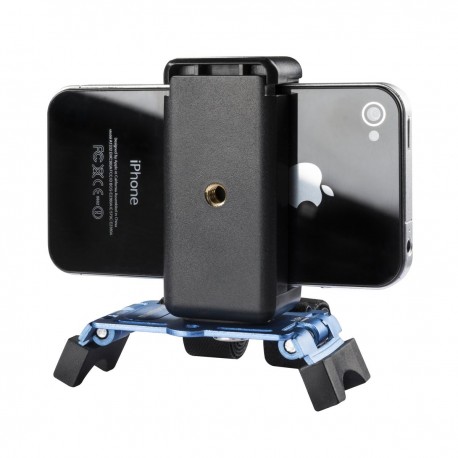 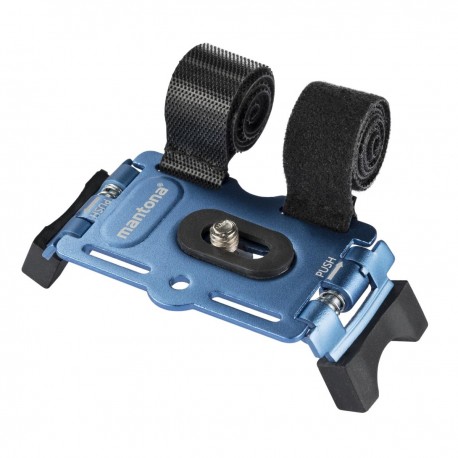 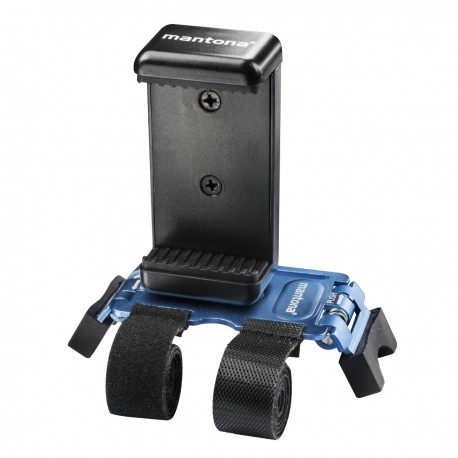 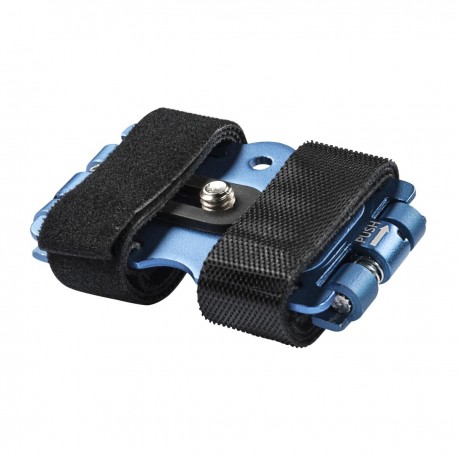 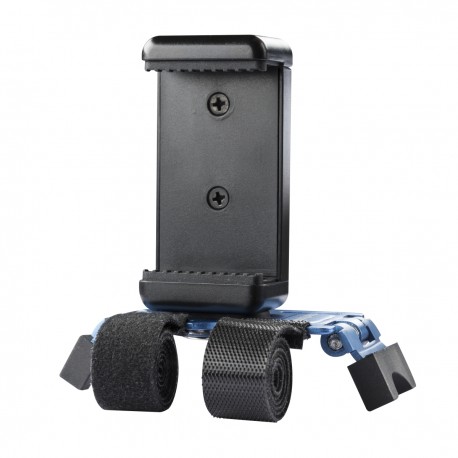 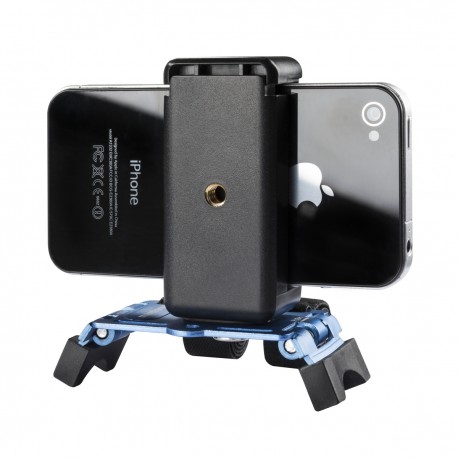 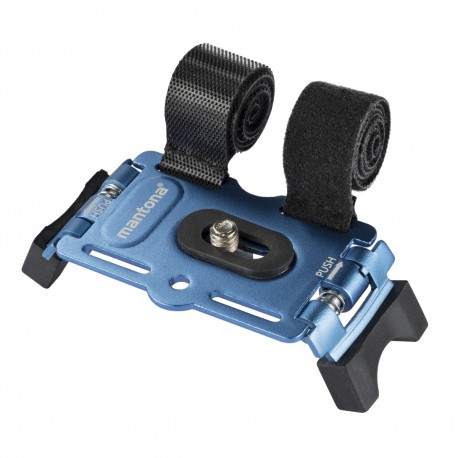 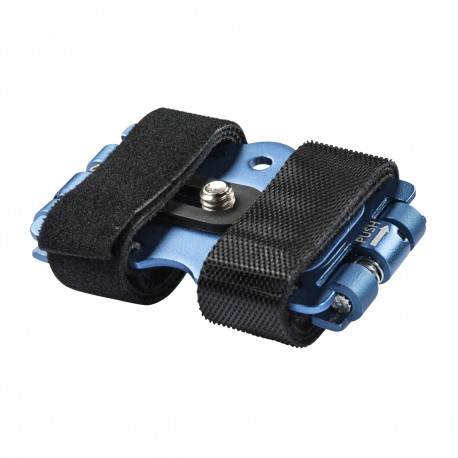 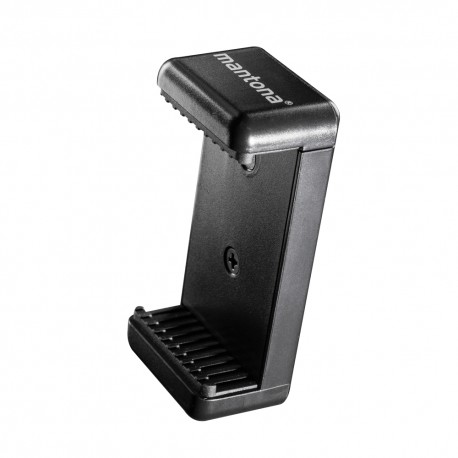 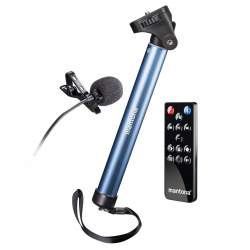 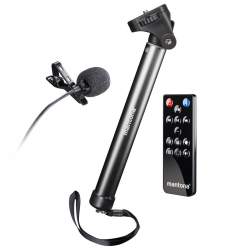 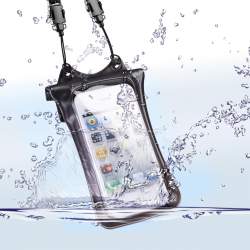 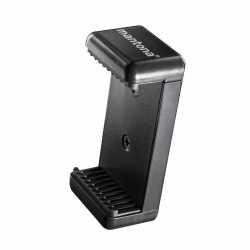 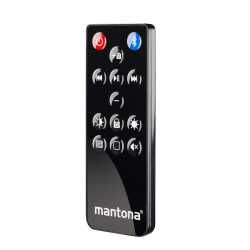 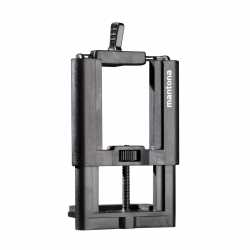 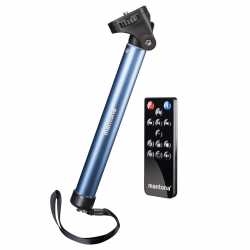 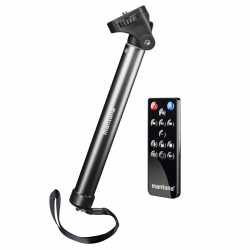